County Operations is in charge of the maintenance of County Roads. Our contact numbers are 403.350.2163.

See our video page for more information on roads and bridges.

This program allows a group, company or individual to adopt a section of road and assist the County in keeping roadsides clear of litter. By agreeing to pick up litter a minimum of once a year, your group can contribute to the health of the community. You set the schedule for roadside clean-ups and gather litter along your adopted road, we pick up and dispose of it. Red Deer County will provide clean-up supplies and guidance to make sure clean-up activities are safe for volunteers.

Adopt-A-Road signs will be installed to recognize your efforts. 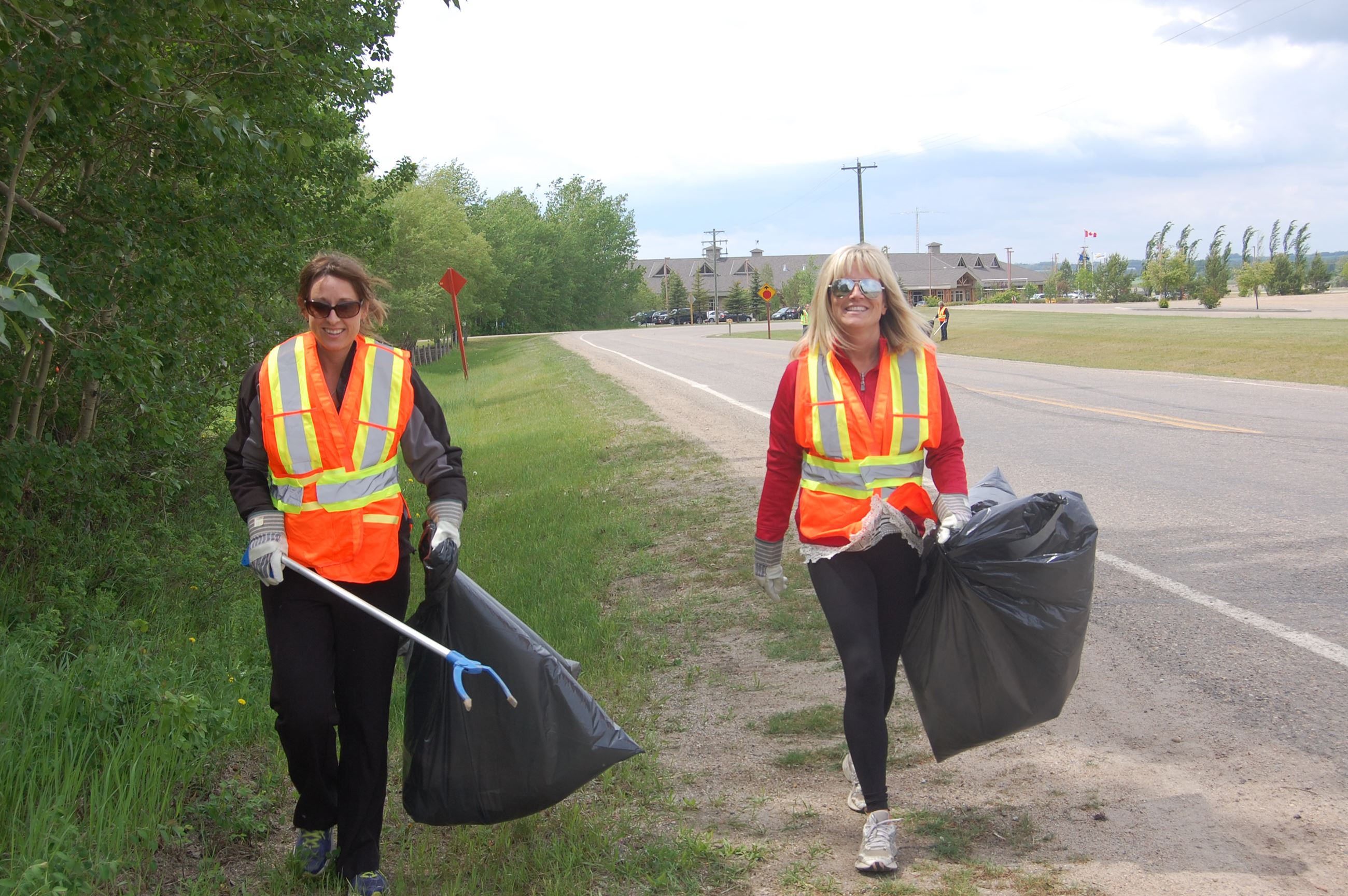 Fill out an application form if you are interested in taking part in this program. Email agriculture@rdcounty.ca or call Ag Services at 403.342.8654 for more information.

The County Council adopted a 10-Year Pavement Implementation Strategy in 2007 and a 10-year Gravel Road Plan in 2001. The overall integrity of a road surface and its base are generally weather and traffic related. Therefore, the pavement strategy is based on a priority system to determine which roads qualify as candidates for paving. A major consideration in this strategy is traffic volume. Traffic counts have historically been performed annually on roads nearing 300 counts. Roads reaching 300 vehicles minimum per average day, as per original surfacing plan, qualify for hard surfacing. In 2008, the County Council approved a new program, effective 2009 construction season, allowing traffic counts and roads reaching 200-249 vehicles average per day to qualify for hard surfacing. The 10-year Road Plan details County standards for gravel roads. Similar to the pavement plan, the gravel road plan does not take into account divisional boundaries. Improved cost effectiveness and efficiencies can be achieved with the timely repair of roads on an overall county basis rather than on a divisional basis.

Re-surfacing candidates are identified and prioritized firstly according to the highest degree of affected roadway surface. Secondly by the degree of base failure; and thirdly by the degree of severity. Low priority roads generally become candidates for spot repairs to maintain road integrity. An estimated $3 to $5 million per year is required over the next several years to rehabilitate existing road base and address future road improvements, including road construction.

The County currently has 13 grader routes / beats, each beat being an average of 200 km in size. In addition, the County has two roving (east / west) graders for busy high maintenance roads.

The County Council's directive is to see 31% of roads re-graveled annually, as compared to 24% pre-2007. This service level improvement is in response to the damage caused by steadily increasing traffic loads and Council's continued commitment to our roads. This program runs on a 3-year cycle.

Below is a map of this year's re-gravel program progress. It is auto-updated with the most current program information, with re-graveled routes appearing in green.

Spot graveling is a program designed to meet the localized needs of the grader operators on roads before the re-graveling program will reach them or on roads that were not scheduled to be part of the program for any given year.

Reclamation is the reshaping of gravel roads to a standard that ensures positive drainage from the road surface, clearing of roadside brush and treatment of localized soft spots in roadbed. The Reclamation Program began in 2004, and has since seen over 350 km (217 miles) of gravel roads reclaimed in the County.

County drainage projects are initiated based on several criteria:

The county also has a program which provides funds and expertise to various drainage societies and drainage districts within its boundaries. Funding is based on the number of kilometers of ditch that the society or district oversees.

Agricultural Services has two spray trucks, which allow the County to complete roadside spraying and seeding throughout the county. Spraying assists the local landowners in controlling the migration of weeds from roadways onto private lands and vice-versa. Seeding allows for re-growth of grass in areas disturbed by construction. Red Deer County's roadside brushing program is also a vital component of our road maintenance program. Clearing the road right of way ditches and back slopes assists in maintaining drainage and allows for more snow storage for snow removal operations. In addition, road surfaces have an opportunity to dry off quicker when there is no shading of large trees and brush in the road right of ways. This also improves safety by enhancing visibility.

The dust control program, which will commence in May with completion in June, can often accommodate as much as 100 requests per year for the subsidized application of calcium on the road.

In a typical year, Red Deer County receives on average between 50 and 60 sign requests. Both regulatory and non-regulatory sign requests must go through an approval process.